Fidium Fiber Vs Comcast: Pros & Cons – Which Provider Best For You?

by Charles Higelin
in Comparison, Internet Guide, Providers
A A

In today’s technology-obsessed world, you’re probably familiar with many brands that offer broadband Internet services. Two of these popular names are Fidium and Comcast. Fidium vs Comcast – which one is better for you?

So, you have just moved into a new neighborhood where both Fidium and Comcast are available. Now you have a crucial choice to make between Fidium Fiber and Comcast.

However, you barely know about these two. Don’t worry; we can help. We will describe Fidium and Comcast in detail in this article. Let’s find out what you can expect from these two leading internet providers in the country.

Consolidated Communications are on track to accomplish roughly one million fiber locations by the end of this year. They are now available in 150 communities and looking to grow more.

Fidium fiber is founded on reliable service and support with literally no hidden charges or gimmicks. In return, it is committed to delivering dependable high-speed, cutting-edge fiber technology at competitive prices to your home.

Recently, Fidium fiber has been widely recognized for providing symmetrical 2-Gbps speeds throughout the Fidium all-fiber networks. The speed is almost twice the speed delivered by other internet service providers.

Because of the symmetric nature of the Fidium fiber, it is accepted by those who need faster upload speeds. It has synchronous UP/DOWN speeds where 930Mbps up and 930Mbps down speed.

What to Expect from Fidium?

First of all, you can expect very reliable services from Fidium. The service is provided using glass cables which are not prone to electrical interferences. Besides, the speed is highly consistent compared to other network services.

Fidium has many attractive offerings for customers to deliver them the ultimate internet experience. The 2-Gigs speeds are one of them. It is planned for the heaviest data users who need the fastest home internet.

With 2-Gigs, you can connect multiple smart devices simultaneously, join video conferences, stream ultra-high definition videos, and more. The Fidium fiber also has a 1-Gig plan, but 2-Gig is dedicated to those requiring the fastest internet.

With 2-Gig symmetrical fiber internet, Fidium launches WiFi 6 to deliver the best home internet experience. The combination of 2-Gig and WiFi 6 makes it a great choice than all.

Let’s look at what you can expect from Fidium fiber internet.

Comcast Cable Communication has been doing business under the Xfinity brand since 2010. It provides high-speed internet, video, and phone services to residential customers and businesses.

How Did the Xfinity Brand Emerge from Comcast?

Initially, Comcast formed Xfinity in an attempt to eliminate this whole brand confusion. There is some ambiguity in this regard. Basically, Comcast began its journey with the name American Telecommunications Company around the 1960s.

Later it changed its name to Comcast Holdings. At the start, they managed to increase many customers by providing excellent cable TV services.

Simultaneously, some found their customer service terrible. Because of this, they changed their name to Xfinity. Since then, Xfinity has become the tradename for Comcast’s residential internet, video, and phone service.

What to Expect from Comcast?

Comcast (Xfinity) offers the fastest and most reliable internet service in the town. Their exclusive Supersonic Bundle offers unlimited Gig-speed internet at a highly affordable price.

Comcast provides the best internet experience utilizing DOCSIS 3.1 technology in many areas. The speed of Comcast is adored mostly by gamers because of its high-speed streaming.

Generally, Fidium offers the highest internet speed ranging from 50Mbps to 2Gbps. They mainly offer what they advertise. Comcast (Xfinity), on the other hand, offers 1Gbps or higher in some areas.

You can even get up to 1200 Mbps in some areas using Comcast cable. The Fidium router provides a modern WiFi 6 gateway with an option to expand the coverage using WiFi extenders.

Comcast Xfinity uses an xFi gateway to boost WiFi performance. The lowest plan offered by Fidium has an upload speed of 50 Mbps. It is higher than Comcast (Xfinity), which is a maximum of 35 Mbps.

Latency is generally no big deal with both Fidium and Comcast. The Fidium Fiber offers a ping of under 10ms measured to Cloudflare’s Public DNS Servers (1.1 .1.1) or to Google (8.8.8.8). This is relatively lower than what Comcast offers.

So, Comcast offers a stable ping of 10-20ms which is very impressive. For gamers, the low latency offered by Comcast is preferred over the Fidium fiber. Popular games have a connection of 30ms or less in latency.

Fidium is also a good choice for gamers concerning latency. Moreover, both Fidium and Comcast don’t use carrier-grade NAT (CGNAT) but provide an accurate routable IP address. Actually, both are ideal for lag-free gaming.

Comcast is still slightly more stable than Fidium, so it wins in this case.

After the promotional period expires, the pricing ranges from $55 to $95 per month. Comcast (Xfinity), oppositely, comes with a 24-month price guarantee without needing any contracts.

Comcast doesn’t charge any introductory pricing. Depending on the plan you choose, Comcast’s pricing ranges from $39 per month to $79 per month. However, the 2-Gbps plan of Fidium is more expensive, which is fair because of its high speed.

If you are a home internet user, a 1-Gbps plan is enough for you. With Comcast, you can get a Flex 4K streaming TV box with no added cost. Overall, Comcast is slightly cheaper than Fidium.

Nonetheless, Fidium has a good reputation than Comcast when it comes to customer support. Fidium users can reach an account representative faster than Comcast users.

Getting technical support takes almost the same time in the cast of both Fidium and Comcast. Still, the support from Fidium is easier to get in contact compare to Comcast.

Fidium or Comcast – Which One to Choose?

The fact is, which one is most important to you? The price or speeds? If high upload speeds matter to you, the symmetrical nature of Fidium fiber makes it a perfect fit.

When it comes to the download speeds, both are almost the same. You can choose any of the two for your smart home. However, if you need a stable and reliable connection, you should stay with Comcast.

This makes Comcast a suitable choice for emergency tasks, for example, working from home or running a business. Comcast will be a more reasonable choice than Fidium if the price is an issue for you.

Moreover, Comcast offers an impressive latency which is between 10-20ms. Comcast is a better choice if you use the internet for real-time communication, like Zoom or Google Duo. For this reason, Comcast is also a perfect fit for gamers.

Thus far, you have learned the difference between Fidium vs Comcast. Comcast offers better pricing for the most part, whereas Fidium offers faster upload speeds. Both offer a faster internet experience in most cases.

So, which one should you opt for? We leave this decision up to you. Best of luck! 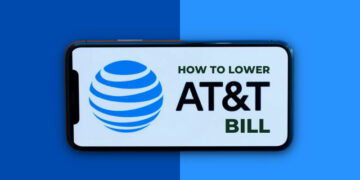 How to Lower Your ATT Bill? Tips From Expert 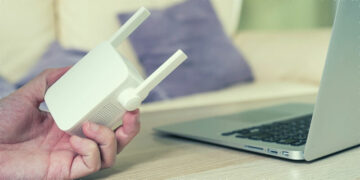 How to Connect WiFi Extender to Spectrum Router?