by Charles Higelin
in FiOS TV, TV Guide
A A

As there are so many streaming services on the internet now, people have more entertainment options than ever before. In addition to the content that comes with Verizon Fios, customers can buy access to HBO Max and a lot of other streaming services.

HBO Max is a service that, when combined with Verizon Fios, lets you watch HBO’s original shows as well as other shows, movies, and specials that you can’t get anywhere else. The streaming giant has everything from stand-up comedy to blockbuster movies to documentaries and more.

Read this post to learn everything you need to know about FiOS, HBO Max, and any other streaming services you might want to add to your Fios package.

What Is HBO Max?

The new streaming service from Warner Bros., called HBO Max, will come out that year. After HBO Go was shut down, the new service HBO Max quickly gained a lot of fans because all Warner Bros. movies coming out in 2021 could be watched early. The number of people who pay to use HBO Max has grown to more than 76.8 million. [1]Information Source: https://en.wikipedia.org/wiki/HBO_Max

No matter if you like movies, TV shows, or both, HBO Max has a lot of streaming content for you to choose from. HBO Max’s ad-supported tier now has the option to watch without ads. Last year, the site also added a free tier that only lets users watch a certain number of episodes.

What is Verizon FiOS?

Verizon says that FiOS, which stands for “Fiber Optics Service,” is a service from Verizon that combines Internet access, phone service, and TV service. It runs on a fiber-optic communications network and has more than 5 million users in nine U.S. states.

Verizon Fios offers more than just fast internet. It also offers phone and TV services. This fiber-optic service gives you fast internet, TV plans that you can change, and cheap landline phone connections. We think this service is great in all three ways without sacrificing quality in any other way. It’s also nice that there are no hidden fees or yearly contracts to worry about.

HBO Max can be bought by current and potential Verizon Fios TV and Fios Internet customers, either as an extra service for those who already have Verizon video service or as a stand-alone product for those who don’t.

How to watch HBO Max on FiOS TV?

If you want to find a way around this, you can subscribe to HBO’s premium channel through the set-top box. On top of that, an Amazon Firestick can be used to access the HBO Max app. Here, you can quickly sign in with your Verizon Login information and get to the HBO Max app. If not, you’ll have to keep paying for HBO’s paid service, even if you have the HBO Max app.

Get the HBO MAX app

1. Your Fios TV: This is the Fios TV plan that costs the least. The price of this package starts at $70 per month. Your Fios TV has up to 125 channels, and the good news is that you can choose up to five stations for free to make your own channel lineup.

2. More Fios TV: This is the second-best level of Fios TV. This bundle costs $90 per month. Fios TV has up to 300 channels, but regional sports are the ones people watch the most.

3. The Most Fios TV: Paying for the premium bundle is the only way to get this level of Fios TV service. To get this bundle, you have to pay $110 per month. The highest level of Fios TV, called “The Most,” lets you watch 425 channels, including premium channels like HBO and Showtime.

Verizon just told Fios customers, much to their delight, that these services will be available to them at no extra cost. Here, you can get a subscription to HBO Max.

If you sign up for HBO Max, you can subscribe to everything on HBO as well as exclusive content that can only be found in the HBO Max app. You can sign up for just HBO, which gives you access to all of the HBO channels and HBO On Demand, but not streaming. You have to call 800-VERIZON to subscribe to HBO premium channels.

With a FiOS premium channel package that includes HBO, you can also watch HBO MAX. You will need your Verizon username and password to get into HBO MAX with your Verizon account.

I hope this post helps you understand HBO MAX on Verizon Fios better. HBO MAX is a service that lets people watch shows online from a number of HBO channels. On mobile devices, you can now get the HBO MAX app from Playstore.

Fios TV is the name of Verizon’s TV service. This means that you can watch HBO MAX on Fios TV with any other streaming device. HBO MAX now accepts Verizon as a legitimate provider. 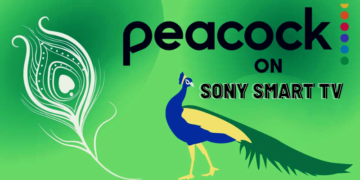 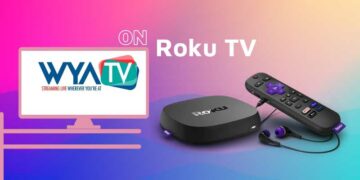